The Wellbeing Walk, is an alternative walking route that encourages people in the area to avoid the high levels of pollution on Euston Road.

Since we launched this route in 2015, there has been a three fold increase in the number of people taking this path.

Running between King’s Cross, St Pancras International Station and Euston Stations (via Somers Town) the Wellbeing Walk has 50% less pollution than the Euston Road route, and was nominated for an excellence in cycling and walking award at the London Transport Awards in 2016.

In 2016, we secured temporary extension of the planning permission for signage, celebrated the first anniversary of the walk with a well-attended member event (with speakers from Camden Council and Transport for London) and secured funding with the support of the Cross River Partnership through its Clean Air Better Business programme.

Last year, we have worked, to secure a long term legacy for the project. Alongside a fundraising initiative, we have appointed a design specialist to develop concepts for improved signage along the route which has been deifently installed on January 22nd and we will be promoting the Wellbeing Walk as a pilot which other areas of London could adopt.

“We all have deeply ingrained habits when it comes to our daily commute and we rarely stop to consider the alternatives. The Wellbeing Walk offers a healthier, less stressful route for the tens of thousands of people that travel between Euston, St Pancras International and Kingʼs Cross each day. This important initiative has been made possible thanks to an effective collaboration between businesses that make up the Urban Partners and the local community, which we hope will provide a model that can be replicated in other areas of London.”
Joyce Lorigan, Chair of Urban Partners 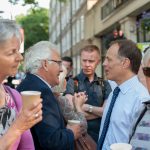 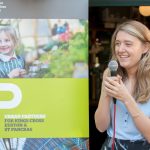 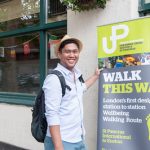 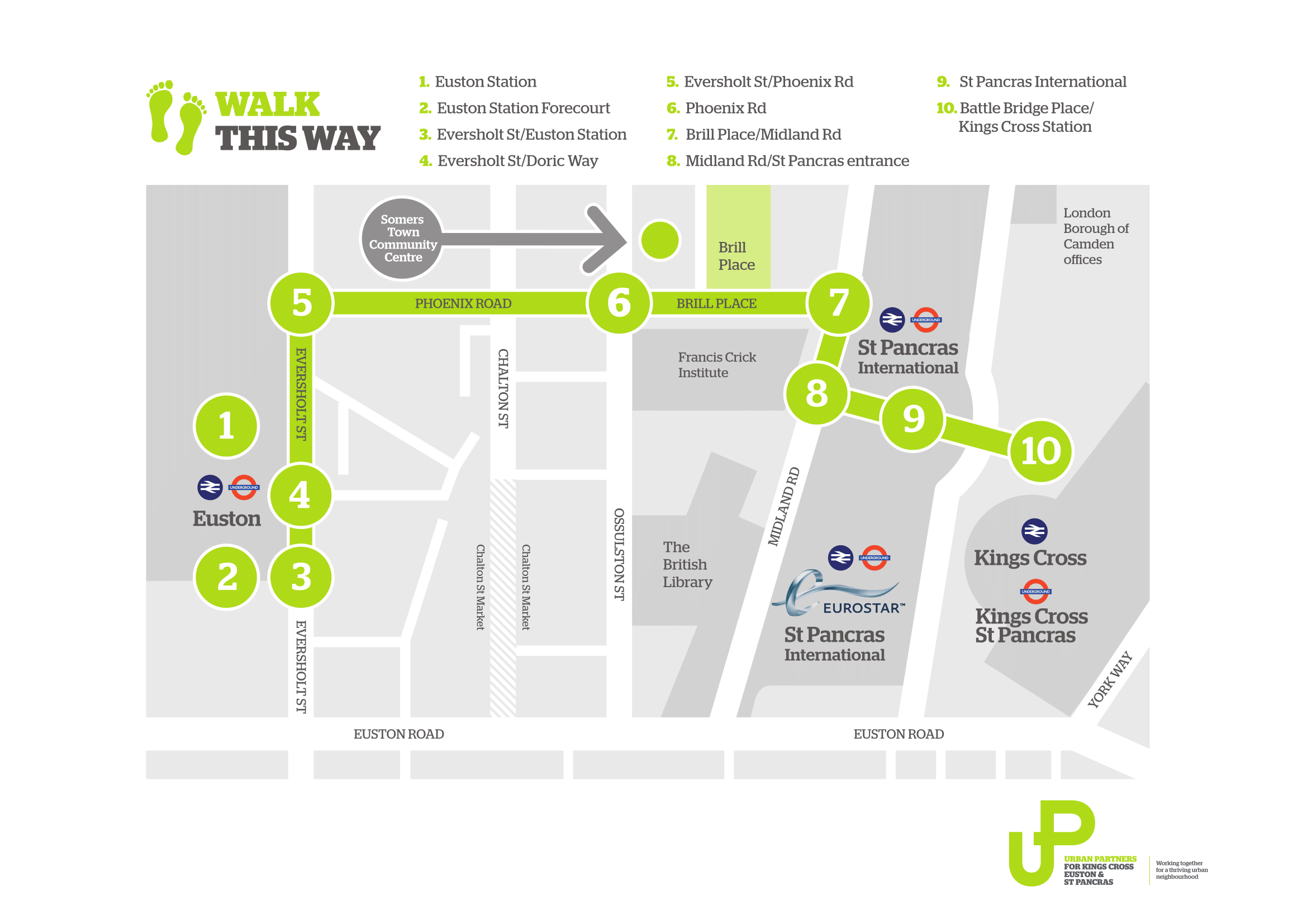