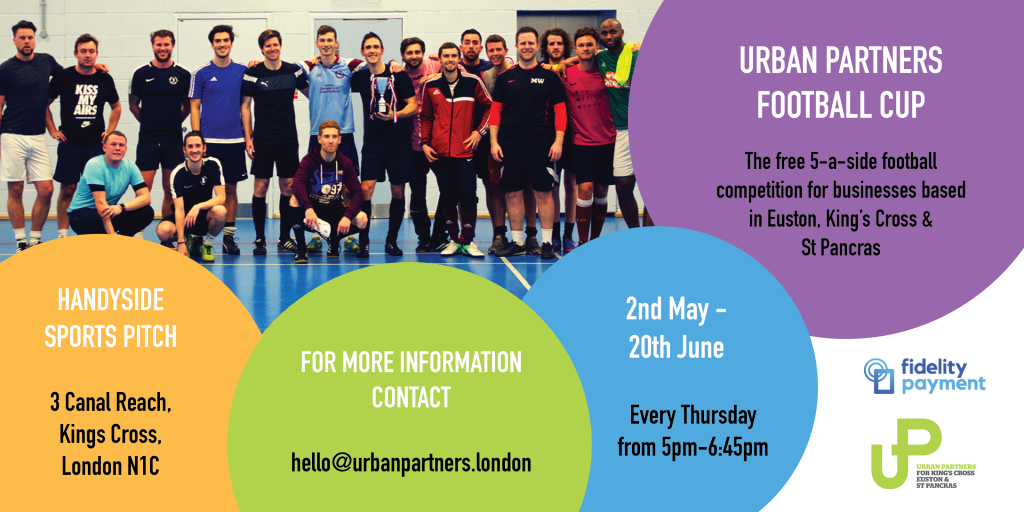 The UP Football Competition in Numbers:

The annual Urban Partners Football Competition, sponsored by Fidelity Payment, kicked off on Thursday 2 May at the Handyside Sports Pitch in King’s Cross. 15 teams took part including our members Springer Nature, Havas, HS1 and HS2 and local businesses such as Nike, Cubitts and Fidelity Payment.

The teams were split into four groups and battled it out over six weeks of group stage matches. The competition was fierce with many closely contested matches and Group B’s four teams even managed to finish the stage with 6 points apiece. Only goal difference separated those teams. Congratulations to Affiperf, Springer Nature, Fidelity Payment and Nature Research for winning their respective groups. An additional well done must go to Fidelity Payment for having the biggest entourage of supporters, as well as King’s Place’s for having by far the most enthusiastic fans.

Following the quarter finals, the competition came to an exciting end on Thursday 20 June with both the semi-finals and final taking place. The semi-finals saw Affiperf stand as a lone wolf against three Springer Nature teams – BMC, Springer Nature and Nature Research, to battle it out for a place in the final.

Ultimately it was not to be for Affiperf although they can take solace in having scored the most goals in the competition (26) and recorded the largest victory over another team (14-1). The stage was set for an all-Springer Nature final with Nature Research taking on Bio Med Central (BMC), who grew stronger as the competition went on. An exciting, but tense game saw BMC take home a 4 -1 victory to be crowned the champions of the Urban Partners Football Competition 2019. Congratulations to BMC who were rightfully excited to retain the title of winners for Springer Nature. 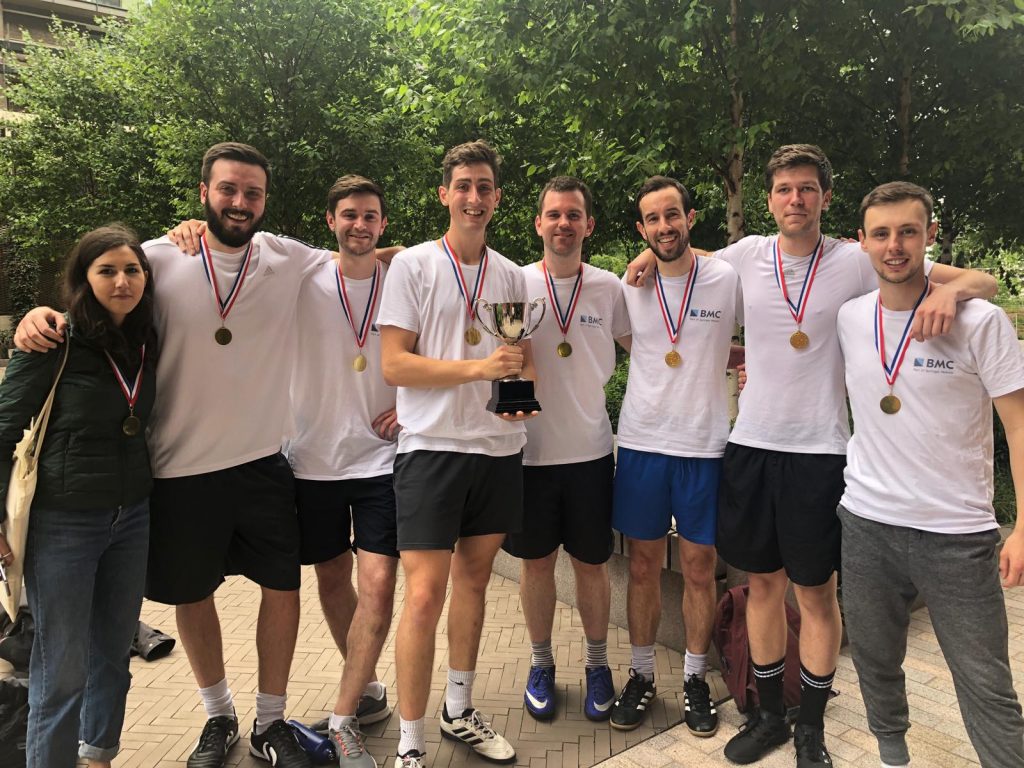 After a competition of great football, with fantastic team spirit we would like to thank all teams that took part, and the colleagues who came to show their support!