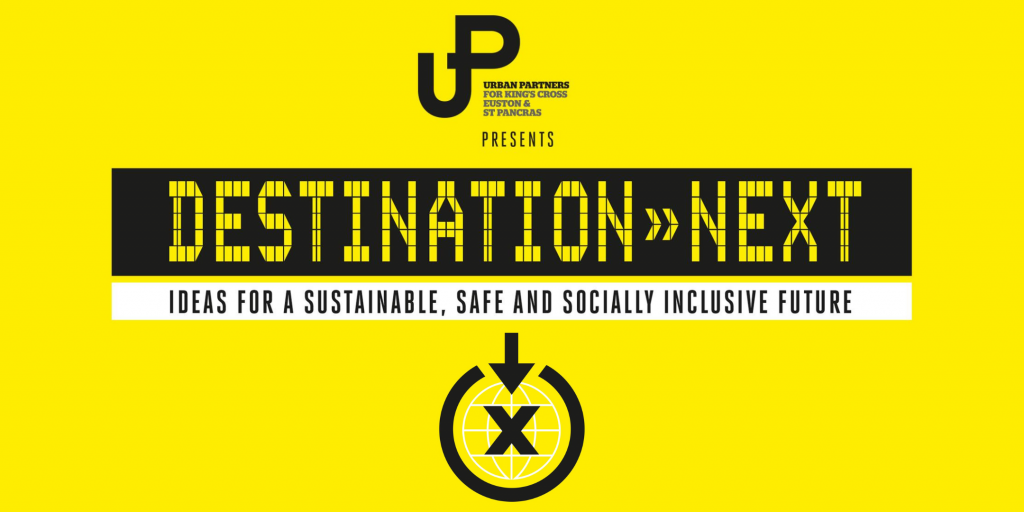 IDEAS FOR A SUSTAINABLE, SAFE AND SOCIALLY INCLUSIVE FUTURE

Destination Next, the first Urban Partners sustainable conference was an enthralling day full of insight and inspiration on the social and environmental sustainability of the King’s Cross, Euston and St Pancras area, as well as London’s wider community.

The event took place on Friday 16 November and was held at Kings Place. The half-day event was packed with informative talks and presentations from notable keynote speakers, and engaging panel talks with experts from businesses in the area.

The key theme of the conference was to establish how the extraordinary changes in the King’s Cross, Euston and St Pancras area have impacted on the local environment and communities, with special reference given to its effects on the young people in its various local communities who have witnessed these rapid changes.

Opening Remarks by Wendy Spinks – The Power of Voluntary Responsibility 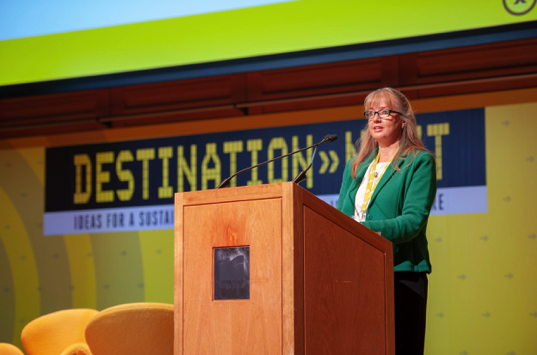 The programme of the day was launched with a welcome speech from Wendy Spinks, the Chair of Urban Partners and Commercial Director of HS1. In reference to Urban Partners, Spinks said she believes in the power of voluntary responsibility and was “thrilled that we’re talking about business sustainability.”  She ended her speech by sharing her hopes of exploring how more could be done by Urban Partners to improve the area.

The Future of London by Dr. Will Norman “Cities are competing on quality of life. If we don’t have this, people won’t come to London.” So stated the conference’s first keynote speaker, Dr. Will Norman who is the first Walking and Cycling Commissioner for London. In his engaging presentation on how walking and cycling contributes to a sustainable city, he revealed that the aim of the Mayor’s transport strategy is that by 2041, 80% of trips in London would be on foot, by cycle or using public transport.

Dr. Norman also revealed that London is facing challenges despite its successes, and in order to make the strategy work, transforming London’s streets is paramount. This will include building new cycling routes and clear junctions, also ensuring that the strategy considers people’s physical activity in their everyday routine.

In conclusion, he spotlighted a successful case study of a project carried out in Waltham Forest where a high street was transformed by turning a road into a walking and cycling zone only, with great success for the locals as well as businesses in the area who received more customers. The case study emphasised the economic benefits of this transformational strategy, especially for businesses. “The NHS in London will benefit up to 1.7 billion pounds in the next couple of years” were his resonating last words on the potential benefits of the transport strategy. 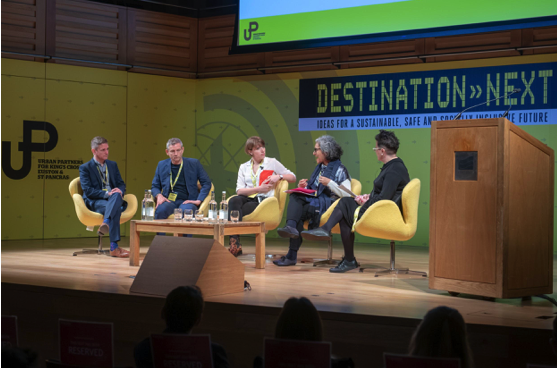 Our first panel discussed how to sustain thriving urban communities. It was promptly chaired by Sarah Elie, the Executive Director of Somers Town Community Association who asked the panelists nuanced questions on their businesses’ involvement with their local community and how positive dialogues are fostered. On the panel were: Ian Freshwater, Project Director of Argent, Natasha Friend, Director of Camden Giving, Mark Whelan, Chief Creative Officer of Havas and Monica Hundal, Director of Innovation and Business at Central Saint Martins.

“Expensive looking places aren’t thriving communities” began Friend when Elie asked how each business engaged with the people in their area, and stressed this is especially the case in promoting inclusivity. Freshwater on the other hand added that because people have different interests, spaces must reflect diversity in terms of these communities of interest, also making sure that it has green spaces and educational facilities. For Hundal, collaborating with other organisations is key, as well as creating opportunities for people to actively come together to do things.

At the end of the session, there was a general consensus that in order to foster a sense of being one community, collaborating with a knowledgeable gatekeeper, and understanding the local area and the needs of its people would be an important driving factor in how businesses can best engage with communities to meet their needs.

A Green Future By Jeremy Leggett 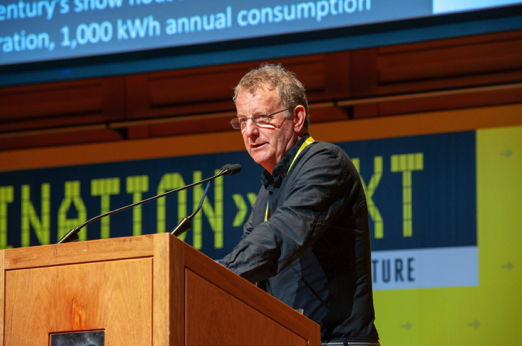 Our second keynote speaker was Jeremy Leggett, the Founder and Director of Solarcentury which is currently the fastest growing UK renewable energy company. He gave an inspiring historical turn of events on the rise and fall of solar energy, and its budding corporations in the UK and how Solarcentury has developed leaps and bounds since it installed the UK’s first solar roof tile in Richmond in March 1999.

Leggett’s presentation covered the brilliant scope of Solarcentury’s successes such as its first glass-laminate installation at the Orange House of the Future in Hertfordshire, the first combined solar electric and solar thermal installation, an installation at Vauxhall Cross and the contract with Network Rail to put solar on UK railway stations. He also shared the possibility for a successful move to sustainable energy in the future, corroborated by Morgan Stanley who stated that by 2020, renewable energy will be the cheapest form of power in almost every country.

Solarcentury now uses 5% of its profits to fund Solar Aid which has created a non-profit social venture called Sunny Money, that stimulates solar lighting markets in the developing world. The powerful impact of Sunny Money has led to sales of 1.9 million solar lights which has reached more than 10 million people. In turn, this has meant £283.4 million saved by rural families, 1.9 billion extra study hours for children, four million experiencing better health and safer homes with reduced risk of fire and burns. 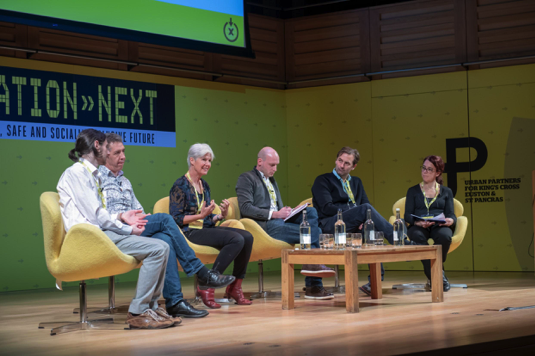 Unlike the previous panel where there was a discussion in response to questions from the chair and audience members, in this session, all panelists gave independent presentations of their work and mission to create a sustainable environment.

Restorick started proceedings, revealing that the idea for Hubbub, an environmental charity, was birthed during a midlife crisis, and its mission is to find fun ways to talk about the environment. In his presentation, he illustrated several creative and novel ways in which Hubbub has created positive changes in different communities by liaising with businesses. Notable environmental changes include using the love for sport to get young men to dispose of their cigarette butts properly, a cup recycling campaign which recycled over 6 million coffee cups  and inspired a “Latte Levy” scheme by Starbucks across all of its UK stores, and a gift bundle scheme in partnership with Mothercare where mothers with outgrown baby clothes gift them to other mothers who need them on Mother’s Day.

Riddiford, who is the director at educational charity Global Generation, said that its future is to bring the life out of unusual spaces and that opening up meaningful conversations, such as having a sense of how we’ve evolved from the earth, is important for future generations.

She passionately concluded her presentation by asserting that we’re all part of a connected story and that re-identifying ourselves as a creative work still evolving is essential to a sustainable environment. The next step would be to re-contextualise older ways of being, and bringing it to an urban environment.

For Lang, as a course leader and tutor of Architecture, his goal is to guide his students in a way that empowers their career and plans to effect change in the world. He reckons that architecture is outward looking and politicised towards social justice.

Miller on the other hand presented his views on what a sustainable environment should achieve. He proffered that the success of sustainability should be measured as feelings. Do people want to come to the area, bring their children or even feel safe there?

In summary, when asked by an audience member: “How do we create change for a sustainable environment?” Our panelists responded with key suggestions: 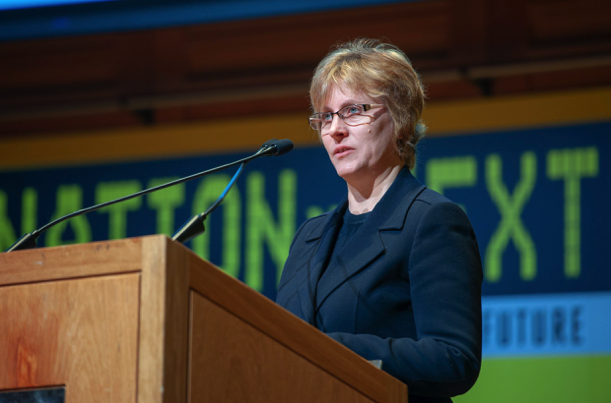 Our third keynote speech was delivered by Dr. Ruth Yeoman, a Fellow at Kellogg College, University of Oxford who’s researching meaningful work and mutuality in organisations, cities and supply chains. Her main area of interest is questioning how places can be designed to inspire meaningfulness in people’s life.

Dr. Yeoman’s talk was on Meaningful City, a project which launched in 2018 involving King’s Cross and a network of six Finnish cities. A meaningful city is believed to be the value-based philosophy of a city. Some of the themes tracked in the research included meaningful lives and work, equality and inclusion, governance and leadership, participation and voice, and the sustainability of the city.

Panel Three: What Next? 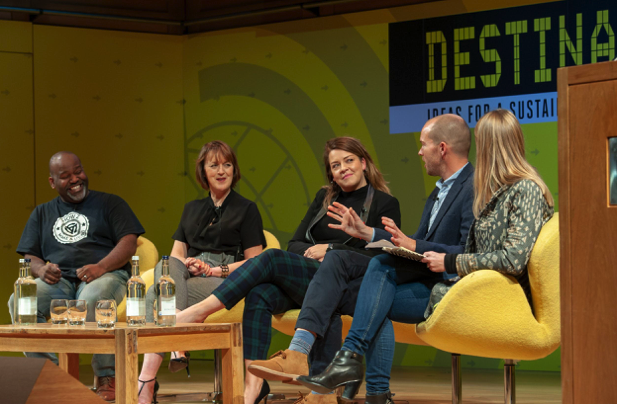 Our final panel discussion focused on plans for the future of the next generation. A four minute video produced by advertising company Havas was played at the beginning of the panel talk and featured interviews with young people in the local area and from Maria Fidelis Catholic School, Elizabeth Garrett Anderson School and Copenhagen Youth Project. The session was chaired by Kirstine Foge Jensen, Head of Programmes and Strategy at The Guardian. The panelists were: Mary Walsh, Director of Communications at Eurostar, Georgie Speller, Head of Sixth Form at Maria Fidelis School, Phil Kerry, Chief Executive at New Horizon Youth Centre and Wizdom Lane, Community Engagement Manager at Tileyard Education.

This session was an engaging conversation orchestrated by Jensen who asked questions derived from the concerns or suggestions the young people had voiced in the video. The first question on why there is a lack of opportunities for young people in the area was fielded to Lane whose stirring response set the tone for the rest of the talk. Lane divulged that the onus was on key stakeholders in businesses to develop a better communication line with young people by working with charitable organisations or knowledgeable people in the communities. Those organisations or individuals can then act as middlemen in helping young people understand the opportunities available to them on the one hand, and on the other, get the businesses to understand where need is important and most relevant.

Speller agreed that for her students at Maria Fidelis School, word of mouth has been the best way for her pupils to find out about the opportunities open to them. This was the case for the Homework club which Urban Partners runs in partnership with Eurostar. This sentiment was concurred by Walsh who heads communications at Eurostar.

Lastly, Jensen asked: “what can companies or people do?

The main takeaway from the last session is that young people want businesses to ask them what they really want rather than just assuming, and to work with them to ensure that the opportunities being provided are accessible and relevant.

A Sum Up of Events

Wendy Spinks returned to close the conference, commending all the panelists for delivering poignant topics, interacting in the debates and engaging the audience.

She ended the conference by asserting that everyone in the room had the power and ability to make the changes happen and that everyone should be brave and bold enough to take inspiration to work together to make a difference.

To read more about Urban Partners, visit our homepage. 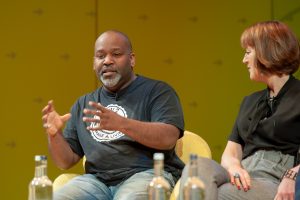 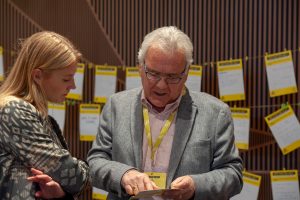 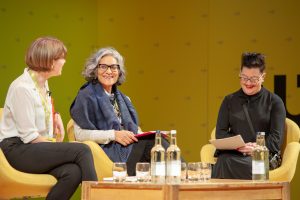 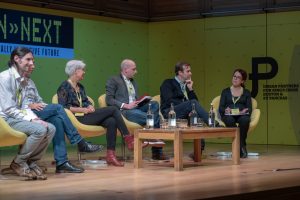 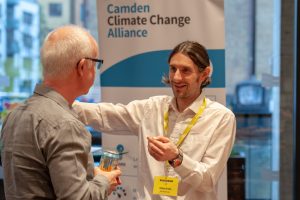 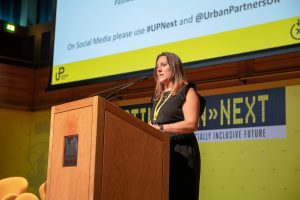 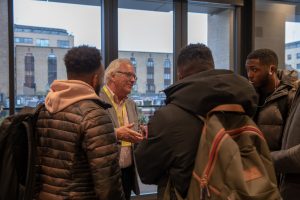 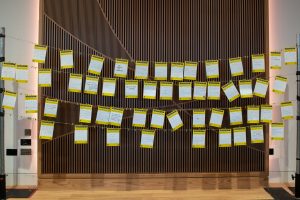 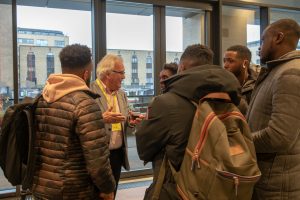 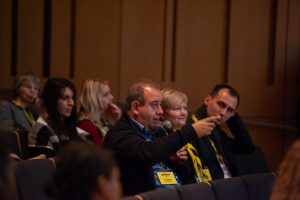 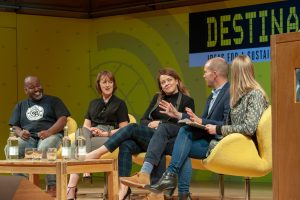 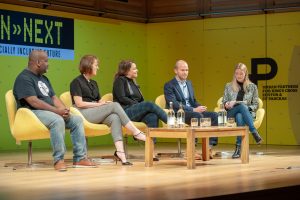 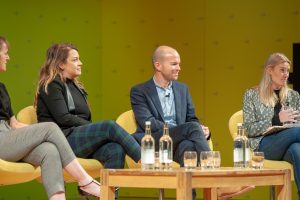 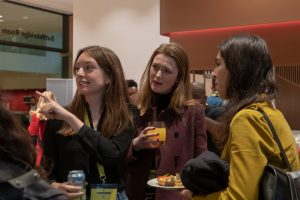